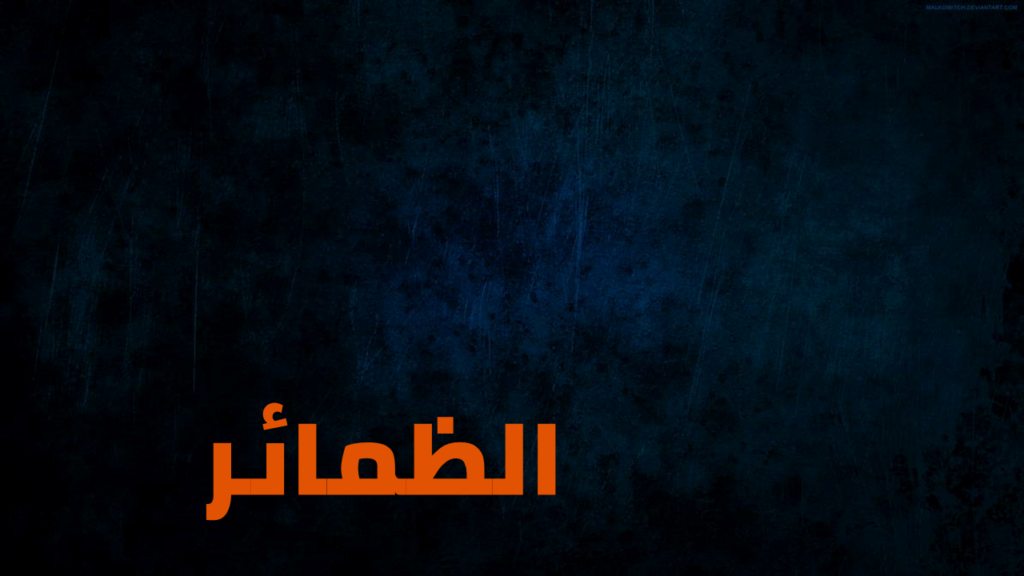 Subject and object pronouns in Arabic

Subject pronouns (I, you, we, he, she, we, they) take the place of a noun and function as the subject of a sentence. Italic and Bold means (Harakat, the vowels on the letters)

أنا من أمريكا (Ana min America) – I am from the US.

Note 1: Strikethrough words means that you’re currently not at the level to learn this. Dual is advanced and is not used in dialects at all.

Note 2: In English, there is only one second-person pronoun, “you,” which is used whether you’re talking to one person, two people, or more. But in Arabic, as you see above, there are masculine and feminine versions of “you,” as well as singular, dual (standard Arabic only), and plural versions: انتَ\انتِ if you’re addressing one person, أنتما if you’re addressing two (in standard Arabic), and أنتم\أنتن if you’re addressing three or more people. Note that the dual “you” (أنتما) is the same regardless of gender. In standard Arabic, there is also a dual version of “they” (هما – which is gender-indiscriminate as well) and masculine and feminine versions of the plural “they” (هم and هن).

Note 3: that dialect has fewer pronouns than standard Arabic, since it has no dual pronouns; it just has plural pronouns that are used to talk about two or more people, of any gender. And the colloquial انتو and هم are gender-neutral.

——–Please Don’t read further without me——–

Object pronouns (me, you, us, him, her, them) are used when you do something directly to someone or something else. In Arabic, these pronouns are suffixes that are attached to the verb:

Note: In colloquial Arabic, ـكو and ـكم are both used, but the former is more colloquial than the latter.

Here are some examples of object pronoun usage, using the verb سأل (sa’al) – “to ask.”

Arabic is a Cursive Language

We mean by cursive, is that the Arabic letters always connect with the other letters on the right and left hand side at all the time (except for some exception) Arabic has 28 Letters and most letters are actually called "GLYPHS" due to their shape shifting prosperities depending on their position in the word. And we write them from right to left direction.

Fusha is the common Arabic language of the Quran

However, the Arabic world is massive and the Fusha language us not used in daily life. Hence If you want to speak, you need to learn a specific dialect depends on where you want to live